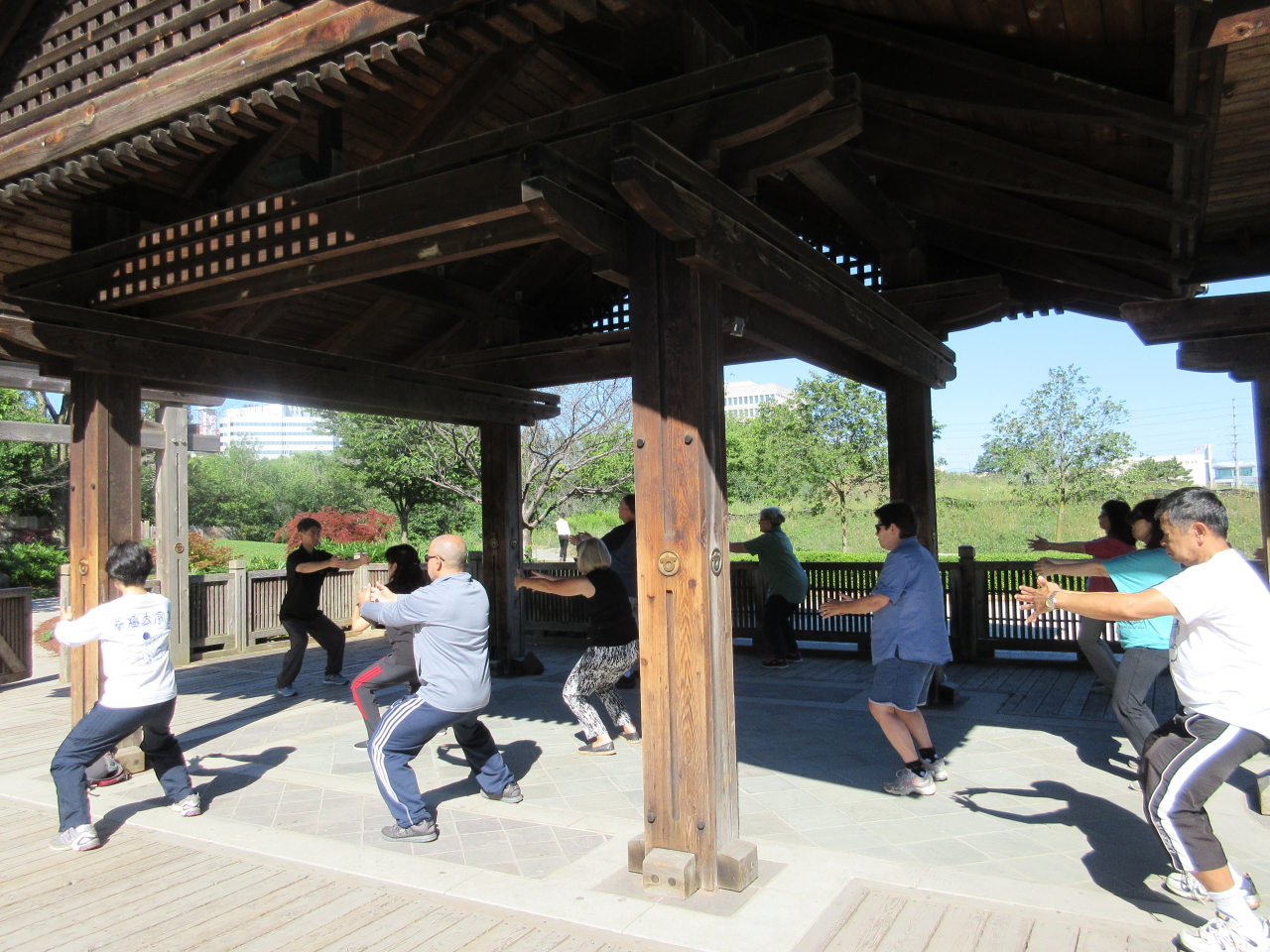 Tai chi is a mind body practice ideal for keeping us active both physically as well as intellectually so let’s discuss how dementia doesn’t need to be inevitable in our lives.

It’s easy to be fearful of dementia as without exception, we’re all aging.  Both elderly parents as well as the children anticipating the care taking needs of their parents have concerns.  Of course, the best way is to understand dementia and ways to prevent or manage forms of dementia.

To understand, dementia is a term which describes symptoms related to loss of mental ability typically associated with aging.  The concern is the symptoms are severe enough to interfere with a person’s activities of daily life.  They may include memory loss and difficulties with thinking, problem-solving or language as well as changes in mood or behaviours.

Alzheimer’s is the most common form of dementia accounting for 60 – 80% of dementia cases.  The second most common is vascular dementia which occurs after a stroke has happened.  Other causes and types of dementia include Lewy Body disease, head trauma, frontotemporal dementia, Creutzfeldt-Jakob disease, Parkinson’s disease, and Huntington’s disease

To understand how to prevent dementia, we need to know what puts us at risk so we can avoid or minimize the likelihood that we’ll acquire dementia.

They say that over a third of all dementia is preventable.  And, a Livingston’s commission has identified the following 9 factors as risks based on their research:

Even though the top three factors are listed with a percentage of people impacted by this factor, it turns out that health which is bundled as the factors of smoking, obesity, diabetes, physical inactivity and hypertension (or high blood pressure) has the largest overall impact on dementia.

In addition, the Alzheimer’s Society lists these 10 early warning signs.  They say that one in three cases of dementia can be avoided. Then, by following the same philosophies to aging gracefully, the other two of three cases can manage or slow the progression.  We can do a lot to help ourselves.

Prevention and Management of Dementia

When looking at this long list of risk factors, we can divide out the factors into 3 main areas:

The first aspect is mental health. Education builds brain resiliency so indicators such as less childhood education may determine an occupation which may either be helping you be resilient or not providing the social and mental stimulation to enhance the health of your brain. In fact, there are certain jobs that help us stay mentally healthy and strong while other jobs that do little to nothing to stimulate us. Complex social interaction helps us activate and utilize the multitudes of connections throughout our brain. On the other hand, labourers, cashiers and machine operator positions offers the lowest protection from an aging and underutilized brain which leaves people more vulnerable to dementia.

The second aspect is our physical health.  We’ve all heard about reducing smoking, improving eating and exercise habits to reduce obesity, diabetes, hypertension and much more. A regular routine of effective physical activity is the key.

The third and final aspect is social interaction. It is important for people to be involved with other people to bolster our mood and reduce depression.  In fact, one of the reasons why hearing loss and vision loss are factors towards increased dementia is that these disabilities tend to keep people from socializing with others fully, especially if it occurs later in life.

The bottom line is that physical activity and exercise helps give our mind and bodies much of the stimulation we need to keep them both healthy for a lifetime.  When we move, our brains need to keep up with coordination, balance and proprioceptive activities.

Now, let’s see how tai chi takes it even a step further.

Tai chi has physical benefits that are greater than what you might think.  Whether you’ve done nothing for years or you’ve had a regular exercise program, tai chi is gentle on your health and extremely effective at providing cardiovascular as well as strengthening and postural benefits.  Tai chi is effective at improving our overall physical health.

In addition, it’s a social activity done in a group setting or class format.  When the physical movements are done together in the presence of other people, it connects us to the other people at a visceral level. Here at our studio, during the training programs, we have people break out in groups of two or three to help with each other in ways we can’t do for ourselves. It encourages people to interact, socialize and mentor each other in productive and meaningful ways.  Over time, people start to know each other and connect with other people on a whole other level while significantly enhancing their learning experience.

Finally, it’s mentally challenging.  People learn to move in ways that maximizes their balance and optimizes their posture.  While the movements are typically within reach of most people, it’s the combination of movements, transitions and positional details that challenge the mind to think differently about how your body needs to move.  There are also other mental challenges such as memorizing and creating new muscle memories to remember how to complete a routine with over 80 moves called a tai chi form.

The Research Tells Us that Tai Chi Works

The good news is that we don’t have to be fearful of dementia.  Neuroscience research in recent years shows that our brain cells grow throughout our entire life.  Replacing dying neural connections with new neural pathways through learning, movement and social activities allows us to continually build these new neural pathways.  This process within our brains to continually reshape itself is called neuroplasticity.

Harvard Professor Alvero Pascual-Leone’s landmark study shows that learning new activities increases brain activity in the areas being challenged.  Due to Tai Chi’s mental challenges of learning new movements plus routines, it is found to improve cognitive function which is something that may start to decline in people as early as age 50.

Some of the first research was done in a 40 week study by the researchers from both the University of Florida and the Fudan University in Shanghai.  The research was published in the Journal of Alzheimer’s Disease.  It involved 250 participants in their 60’s and 70’s practicing tai chi 3x a week for 30 minutes at a time.  The trial found that tai chi practice increased brain volume most significantly. A second group that experienced intellectual stimulation through social interaction showed brain improvement on fewer neuropsychological indices than tai chi.  The participants who just walked or the participants were not provided with any form of additional activities showed no difference in their brain volume.

Not only do the cognitive challenges enhance our brain volumes but the slow nature of a mind body practice such as tai chi causes us to take the time to focus our attention on our body movements. People feel peaceful and enter a relaxed state when participating in a practice of mindfulness.

At the end of the day, even as we age, we can all say that we want to enjoy life.  A wonderful and long life still needs to be stimulating and challenging to be enjoyable for us.  As these and other studies show, it is social interaction, intellectual stimulation, motor skills development and physical health that we need to age gracefully.  As a practice, tai chi helps people whether elderly or not to challenge themselves on all these fronts while achieving peace and less stress.

If you’d like to trial tai chi with us at our Mississauga tai chi studio, sign up for the complimentary trial package.